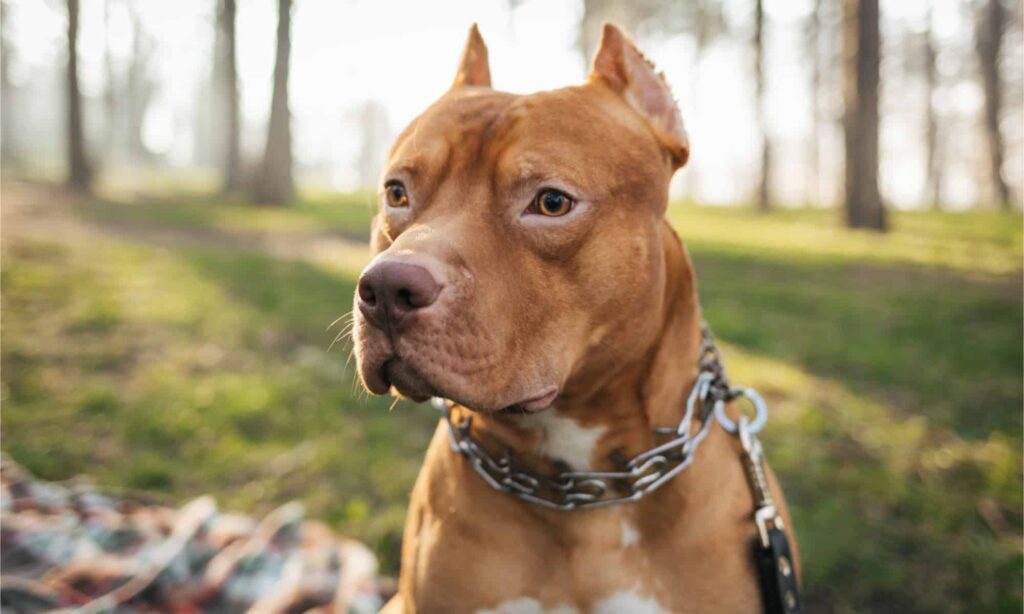 Pitbulls were bred originally in England during the 19th century. They are crossbreeds of dogs with the feature mix of a bulldog and a terrier meant to manage livestock, protect the farm of its owner and herd animals.

In those days, they were known as Bull and Terrier. These dogs were often used for baiting but in recent times this act has been banned.

Many other dogs that are not pitbulls are often described as pitbulls even though the American Pit Bull Terrier is the only breed that has Pitbull attached to its name. This misconception originated from the fact that a lot of dogs that are not Pitbulls looks like Pitbulls hence the confusion.

Listed below are some of the cutest Pitbulls you should know!

The American Pit Bull Terrier is a very cute dog with solid bodies and short coat. They are of a medium size. They love to please their owners and are very good companion to people around them.
Naturally, they are friendly dogs and they love to socialize with children.
They are not good to serve as guard dogs because they are not aggressive in nature.

This particular breed is also a very active dog known for its brisk and muscular nature with a pointed short tail.

According to history, the American Pitbull Terrier has been in existence for the past 150 years.

This breed of dogs came into existence in England when breeders started mixing bulldogs and terriers with an intention to create a dog agile as a terrier and strong as a bulldog. When they came to America, farmers and ranchers loved them because they were used for hunting livestock.
They were first registered in 1898 by the United Kennel Club.

These dogs are cute, smart and very confident. With their short coat and medium length pointy tail, they come in variety of colours and patterns.
This breed of dogs is known for its masculinity, loyalty and high sensitivity. They can live up to 12-16 years when excellently cared and nurtured for.

There is a little complication as regards the origin of The American Pit Bull Terrier. The full history is constantly in dispute and yet to be disclosed properly. We are aware that several of the bulldog and terriers breed came from Britain in the mid 19th century. Some were used for hunting and farming while others for dog baiting.

It is believed that this particular breed is from Staffordshire, England and that was the reason why breeders chose to address it by this name.

With a nickname known as “Staffies”, these cute dogs are very playful, patient and love to be in the company of happy people.

They are muscular and brave in nature, always fond of children too. They are short with about 16 inches in height. They make for excellent pet with an intense desire to please their owners.

In the year 1935, they were first recognized by the Kennel Club of Great Britain as a special breed. They originated from Staffordshire, England in the 19th century.

The American Bully is known for its solid structure and athletic appearance. It is an extension of the American Pit Bull Terrier that takes on the features of the American bulldog. It is also recognized by the United Kennel Club since 2013 as its own breed. They are about 17 to 21 inches tall. Their coats are smooth, short and comes in varieties of colours and patterns.

These breed of dogs are playful, funny and very trainable animals. They love to play sports and snuggle on couches with their companions.

With about 27 inches tall and over 100 pounds in weight, this cute dog is way larger than any pitbull at all. It is not a pitbull but it’s mostly referred to as a pitbull because it has the word “bull” attached to its name.

They do not come in variety of colours as other pitbull breed. They are very submissive than pitbulls and may be considered as lazy sometimes. They are trainable, intelligent and confident companions.

Dogo Argentino is a very cute dog that comes majorly in only white colour and sometimes with tiny dark patches on their heads. They are very energetic and loves to run and often times they are mistaken for a pit bull.

This dog breed is a bit taller with about 27 inches and 80-100 pounds in weight than a pit bull. The Dogo Argentino is very fast, strong and highly intelligent. They were bred as pack-hunting dogs.

American Bulldogs love to play and get involved in family activities. They are often mistaken for pit bulls which they are not although they are related. The American bulldog originated from the English bulldog and is known for carrying out genuine bulldog work. They are both working farm dogs.

This dog breed are very social and fun-filled but can get bored easily. They aren’t the kind of dog you would leave at home all alone.

If you live with an American bulldog, you will realize that they always want every minute of your attention, time, and affection.

Cane Corso is a very cute dog that is closely related to the Neapolitan mastiff. They are loyal and highly intelligent. They often times outsmart humans but they are not pitbull.

Cane Corso is taller than any pitbull with a height of about 28 inches and up to 100 pounds. They are very strong, muscular in nature and highly entertaining. They are bred for hunting large game animals and herding livestock on the farm. They also require training and early socialization.

Pitbulls today are popularly known as family dogs due to their level of sociability and loyalty. They are good dogs which in recent times are also now used as K9 police dog, service dogs and therapy dogs.

When we talk about pitbulls, you do not have to picture the image of a scary animal in your head. Cute Pitbulls exist, one you would sure love to have around you.