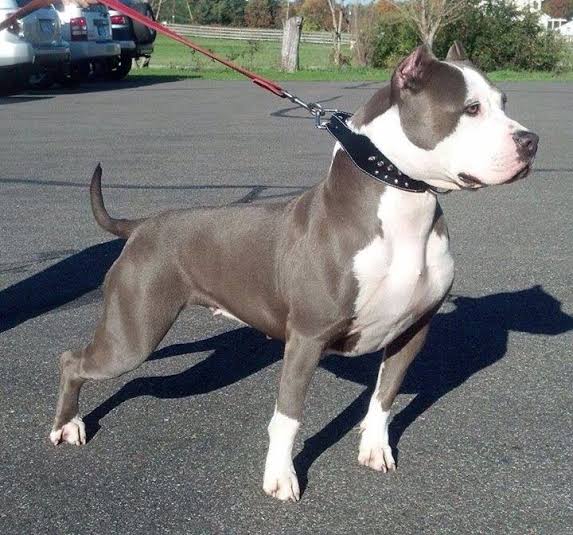 The Blue American Pit Bull Terrier is a type of Pit Bull that is commonly known for its blue nose. It is categorized by its color.

Blue American Pit Bull Terriers are special types of Pit Bulls that are considered rare as they have a recessive blue nose, so if you see a Pit Bull with a blue nose, just know you are one of the lucky people to set eyes on the rare gem.

They are also known for their unique coat (fur) color, as they have shiny greyish-purple fur.

Do They Really Have Blue noses?

Not exactly. When we say they have blue noses, it’s not the bright blue colors we all know. Their color is more like a barely noticeable blue. They have a blue-gray nose just like their fur, skin, eyes, and toenails.

Let me correct that. Are they really expensive? Yes, they are! One blue American Pit Bull Terrier costs hundreds of dollars as an adult and over a thousand dollars as a puppy.

The average price of a Blue American Pit Bull Terrier puppy is 1000–3000 dollars.

Like they say, the rarer the object or material, the more expensive it is. Because of their rareness, they are really expensive.

Even though they are really expensive, people rush them, especially breeders. Backyard breeders especially look for these breeds, both male and female, so they can inbreed them and sell many Blue American Pit Bull Terriers so they can make money.

Most of them even sell them at a higher price.

Nope, but only if you make them angry. Blue Nose Pit bulls are not aggressive; they are very loyal to both their owners and other humans.

They are really interactive with other people, so they are not a great choice for guard dogs.

Very weird, right? You don’t hear that about pit bulls every day, but believe it or not, there are pit bulls who are not as aggressive as you think, like The Other Pit Bull Terriers.

But we are only talking about house-trained pitbulls, not local ones. If the Blue Nose Pitbulls are trained properly and brought up well,

You are safe to play with them. They are a great choice for a man’s best friend.

Characteristics of a Blue-Nosed Pitbull

1. They look really similar to normal pitbulls, but they are only differentiated by their eye color, skin tone, fur coat, and toenails.

3. They are very affectionate, loyal, friendly, and loving by nature. They are known to be very gentle with children and babies and are a great choice for family dogs.

4. According to reviews, Blue American Pit Bull Terriers tend to live for 8–15 years, but that’s just from reviews. They can live for another two years, depending on how well you take care of them.